It was gathered that the snakes fell from the ceiling of the hallowed chamber during plenary presided over by the Speaker, Rt Hon. Bamidele Oleyelogun. 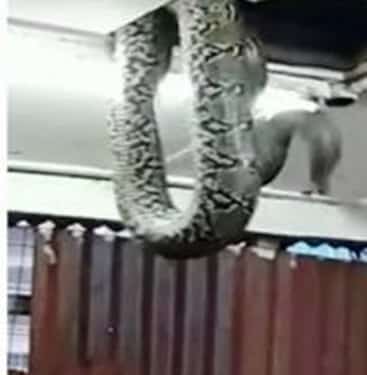 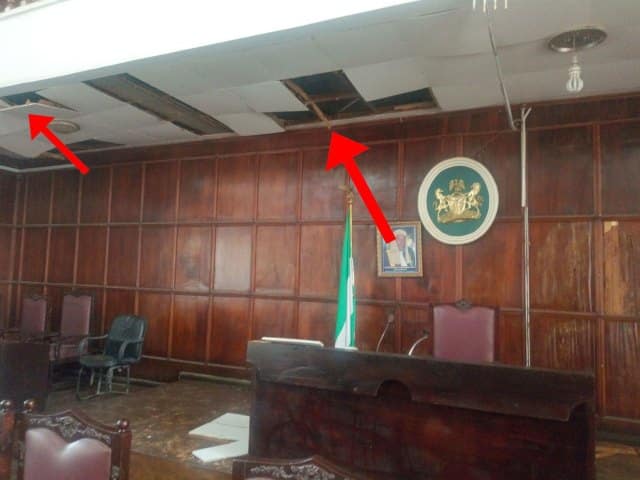 The situation which caused panic among the lawmakers abruptly brought the plenary to an end as they hurriedly rushed out from the chamber.

According to an eyewitness who is a staff of the Assembly, she disclosed that the complex has for a long while being left unattended to.

She also revealed that due to the deplorable condition of facilities at the complex, snakes freely enter lawmakers’ offices and the hallowed chamber.

She also revealed that on Wednesday afternoon (yesterday), a mysterious snake in one of the offices caused mild drama and apprehension at the Assembly complex when it pursued a lawmaker out of his office.

“Today three snakes fell from the Chamber’s roof when the sitting was about to commence and this made all the lawmakers to run for dear lives.”

“The snakes escaped from the scene, some of the lawmakers were shaking as if they wanted to die.” 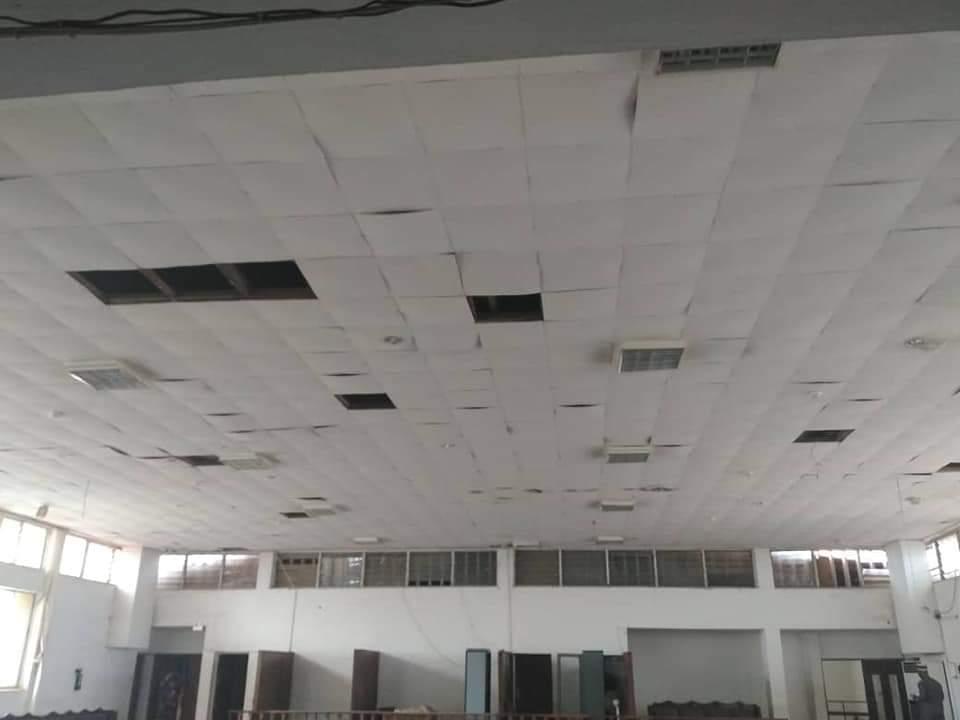 “I can’t remember the last time this complex was fumigated. Everywhere around is just too dirty that sometimes one begins to wonder how lawmakers cope and sit in such a dirty environment.”

Meanwhile, due to the tension created by the snakes, the Speaker declared that the house should proceed on indefinite recess as their security could not be guaranteed as a result of the ugly development. 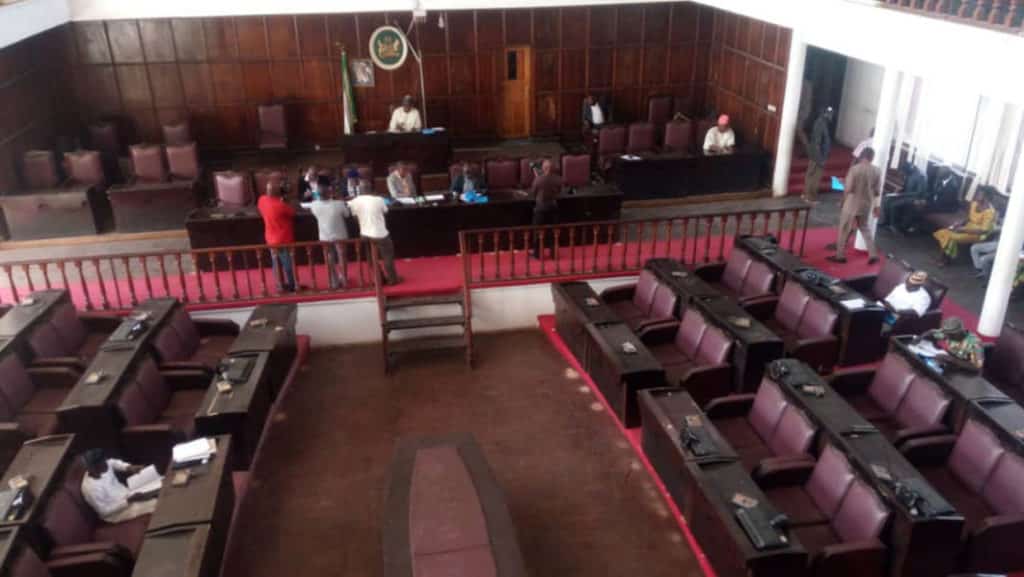