Angry and bereaved members of the Islamic Movement of Nigeria aka Shi’ites, have vowed to continue their protest today Wednesday, July 24th despite the bloody clash they had with men of the Nigerian police in Abuja on Monday and Tuesday, July 22nd and 23rd respectively. The members said this at the funeral ceremony of their dead members in Suleja, Niger State. 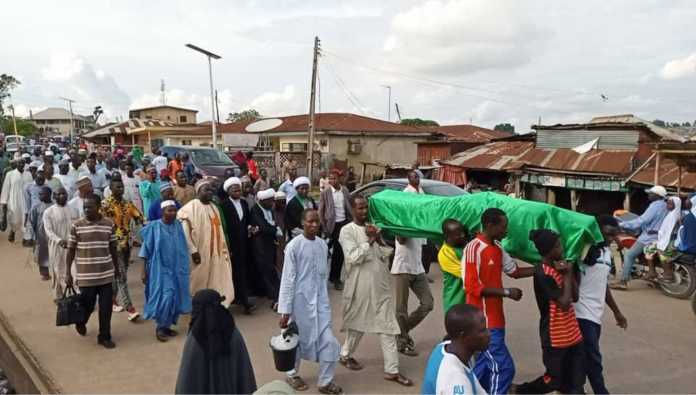 A statement by Abdullahi Muhammad Musa of the Academic Forum of the Islamic Movement, reads

“Police carnage against followers of Sheikh Zakzaky continues senselessly. Yesterday, at Federal Secretariat, the bureaucratic seat of the Nigerian government, police gunned down close to forty protesters, wounded scores and arrested very many. Senseless killing as this can never put off a conceptual cause as the Islamic movement is, and the struggle continues.

“The rites of funeral of the Killed took place today at Suleja. Enough, hundreds of people attended the funeral prayer, including members of their immediate families, friends and other people from around the neighbourhood and far afield; and colourful wreaths were laid on their coffins.

“Even though heavily armed forces laid siege of brothers and sisters at Banex Plaza today, teargassing and shooting live rounds of ammunition, free EL-Zakzaky protests will continue nonstop unless our leader regain his freedom to go and tend for his seriously deteriorating health condition.

“Trigger-happy security personnel should know that senseless killing can never put us off the streets of Abuja, it only adds more power to our elbow; no amount of cruelty and inhumanity will deter us. Our leader should just be released. Tomorrow is another day for us, and protests continue.” 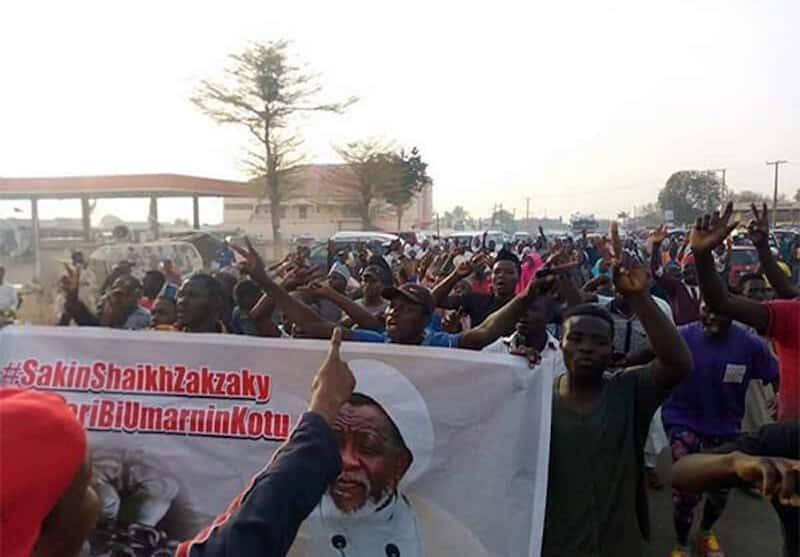