Senator of the Federal Government. Senator Dino Melaye has on Tuesday lambasted the Kogi State Governor Yahaya Bello for hugging a traditional ruler, describing the action as a mark of disrespect to the traditional institution. 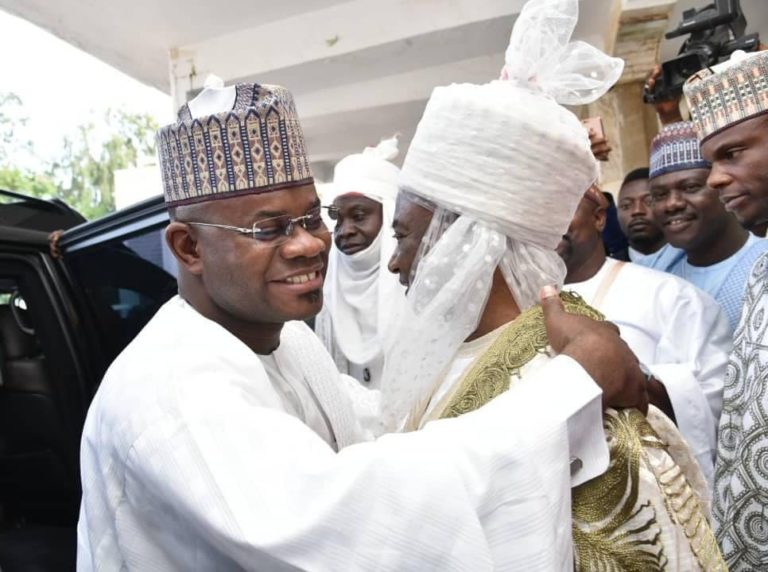 Dino who took to his Instagram page criticized Bello’s action and accused him of being rude.

“Can Gov. Tabuwal hug the Sultan? Or will Gov. El-rufai hug the Emir of Zaria? If this disobedient child will not respect the seat of Ohinoyi, he should respect the age of HRM.

“Home training is not a gift,” Melaye posted on his Instagram page.

Recently, Senator Dino Melaye announced his intention to contest the governorship election in Kogi on the platform of the Peoples Democratic Party. But he must win the party’s primary election first to have a chance of realizing his dream.