Popular Nigerian singer, David Adeleke, popularly known as Davido was shocked on Monday after he misplaced his diamond-encrusted Cartier eyeglass.

Recall that Davido had trended online some days ago, after he was spotted with the glasses which worth millions of Naira. A picture of the eyeglass from IceBox revealed the Price tag of a whooping sum of N4,496,649.

He was captured with the eyeglass, for the first time at the naming ceremony of his son with Chioma, Ifeanyi Adeleke.

The singer, however, announced with grief on his Insta story yesterday that the eyeglass has gone missing, stating that he’s going to cry because he cherished it so much. 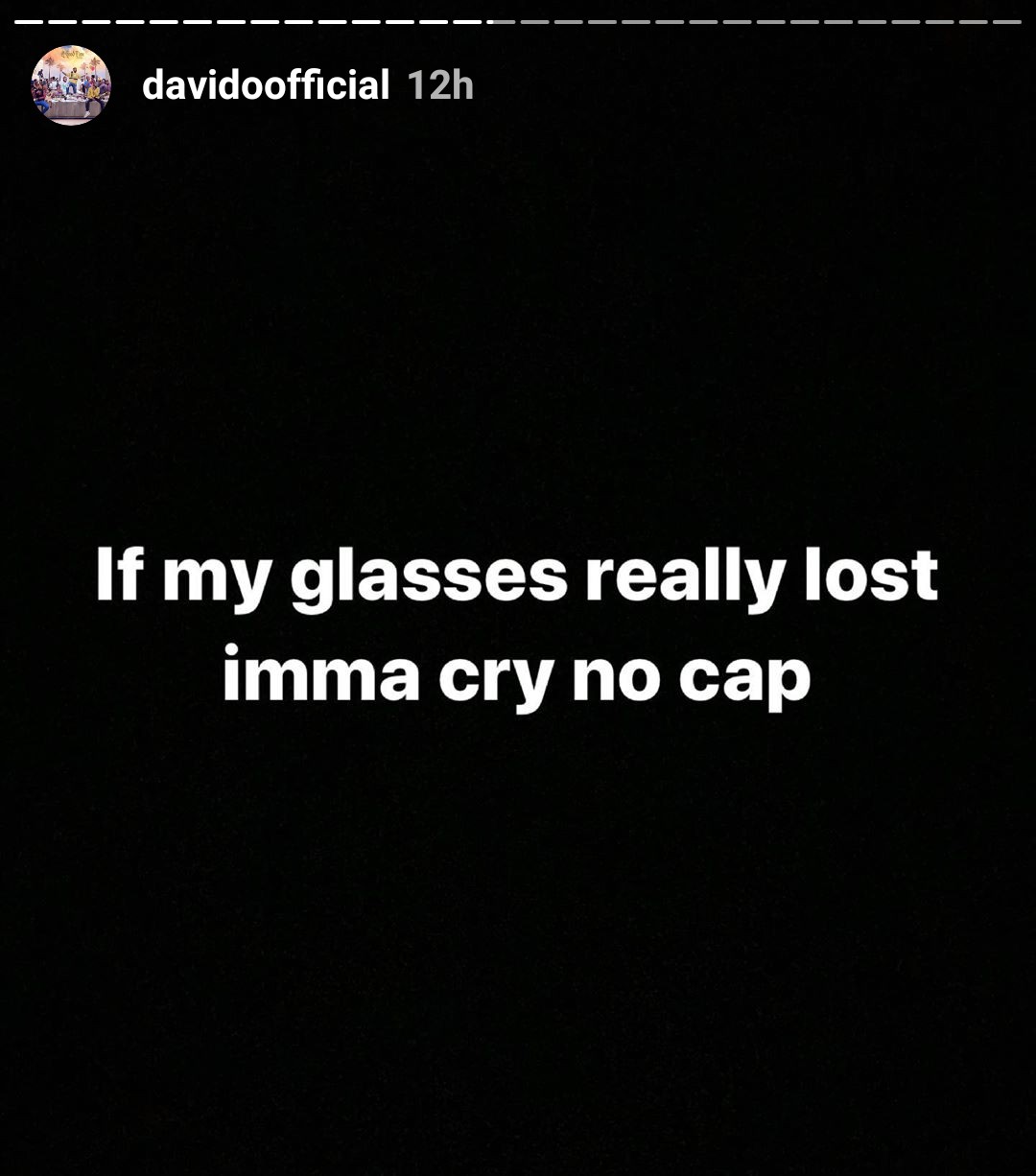 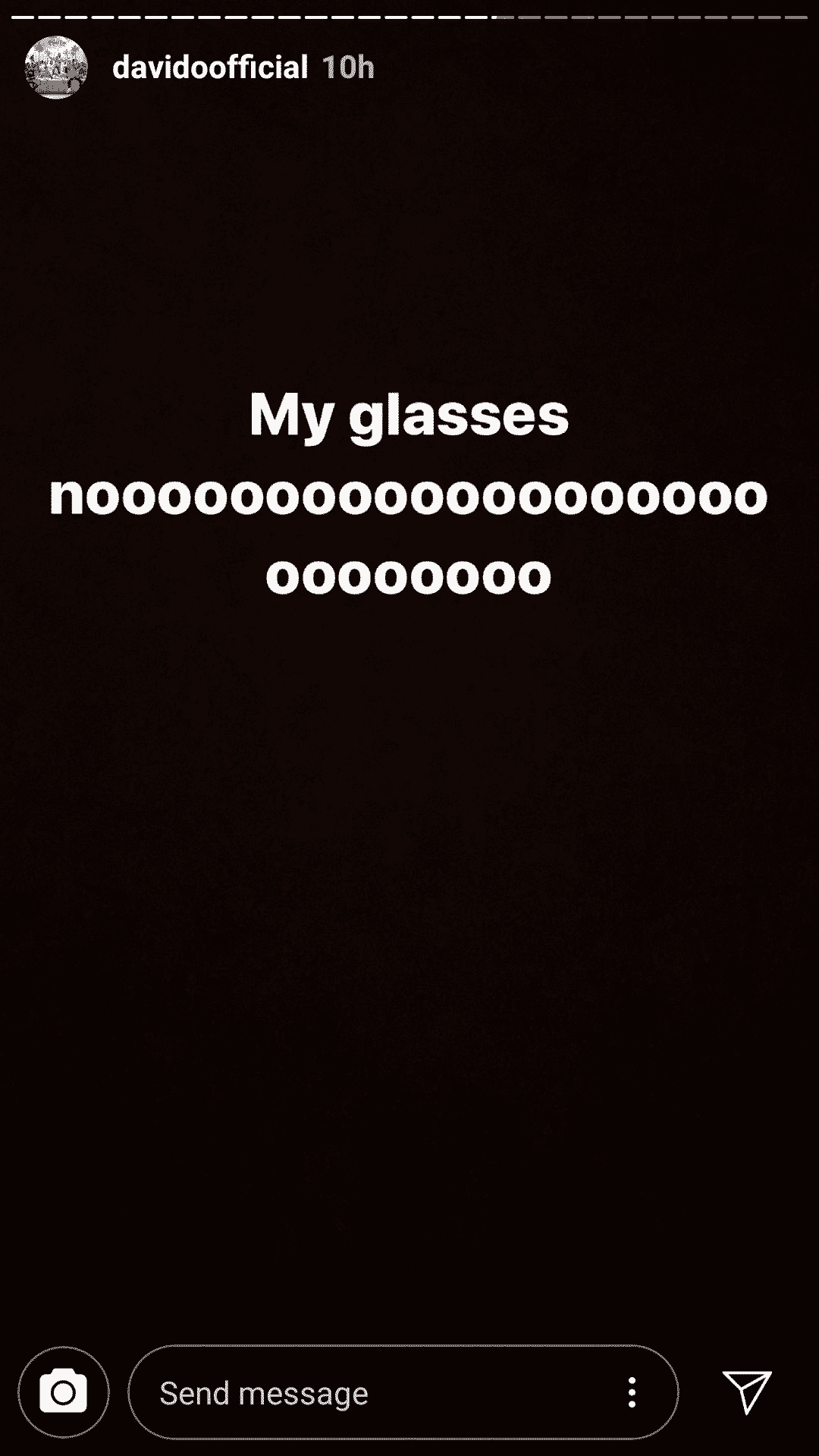 Davido’s song, ‘BLOW MY MIND’ becomes the most popular song in the whole world

Davido Saved Me From Quitting – Singer B Red Reveals

Davido, 21 Savage, Others Sets to Perform at Roots Picnic, Philadelphia